Our attorneys are similar in that they all share a profound commitment to excellence when it comes to providing legal services to our clients. We also share the belief that in today’s legally complex business environment, legal expertise and businesses only come to those lawyers who restrict their practices to select areas and/or industries. This is where our similarity ends. Our lawyers come from a wide range of personal and professional backgrounds – simply stated, our lawyers are as diverse as our community. 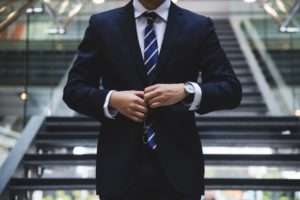 Licensed to practice in the U.S. District Court- Southern District of Texas and the Supreme Court of Texas.

Mr. Messina graduated from Texas A & M University in 1992 with Bachelor of Business Administration with a double major in Management and Marketing. After graduation, he attended South Texas College of Law in Houston, Texas and was awarded his Doctorate of Jurisprudence in 1995. While in law school, Mr. Messina was named to the Dean’s List for two consecutive semesters in recognition of his excellence in scholarship. In addition, he received the American Jurisprudence Award for Torts, in recognition for receiving the highest grade in that class. Mr. Messina was also named to the Order of the Lytae, an honorary fraternity that recognizes outstanding academic achievement.

Mr. Messina was admitted to the State Bar of Texas in 1996. He is licenced to practice law in all Courts of the State of Texas and the United States District Court for the Southern District of Texas. Mr. Messina is a member of the Houston Trial Lawyers Association whose mission is the advancement of the cause of those who are damaged in person or property and who must seek redress therefore in law. He is a past member of the Montgomery County Bar Association and Juvenile Law Section of the State Bar of Texas.

Learn more about Brian Messina by visiting the State Bar of Texas website.