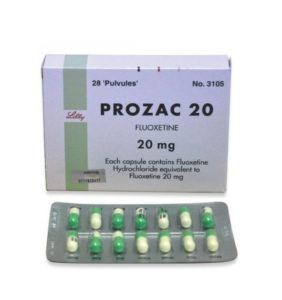 A selective serotonin reuptake inhibitor (SSRI), Prozac has been linked to severe birth defects when taken by a pregnant woman. Prozac may increase the birth defect risks of Persistent Pulmonary Hypertension (PPHN), as well as heart, lung, abdominal, cranial and/or facial defects, clubfoot and other birth defects. Taken by adults, Prozac can also cause significant weight gain. In children, adolescents and young adults, the drug has been shown to increase the risk of suicide or suicidal thoughts.

Prozac remains on the market despite evidence to suggest it raises the risks of serious birth defects when taken by women during the first trimester of pregnancy. If Prozac is recalled, we will publish that information here on our web site, so please stay tuned.

The FDA issued a health advisory regarding Prozac in July 2006. The agency alert stated that Prozac can increase the risk of persistent pulmonary hypertension (PPHN), a serious, life-threatening lung condition that occurs soon after birth.

In Dec. 2005, the agency issued a public health advisory regarding Prozac based upon two separate studies that linked SSRI’s (such as Prozac) with birth defects. The FDA has now moved Prozac to a category D drug, up from its previous category C classification, which means it has been shown to raise the risk of causing harm to a developing fetus.

Prozac has a black box warning which notes the drug increases risks of suicidal thinking and behavior in children, adolescents and young adults taking SSRIs or antidepressants for Major Depressive Disorder (MDD) and other psychiatric disorders. The box also cautions against using Prozac and olonzapine in combination.

Learn the History of Prozac

Is a Prozac Lawyer Necessary?

While Prozac can be effective for its approved uses, side effects associated with the drug are often severe and potentially life threatening. Side effects include many different things.

If you are looking for a Houston Prozac Attorney to help with your settlement, contact Gary Tucker and Associates right away. Call 1-800-275-5007 and speak with one of our Prozac Lawyers. Our law firm has over thirty years of experience handling Prozac lawsuit claims in Houston.