Do I Qualify for A Risperdal Settlement? 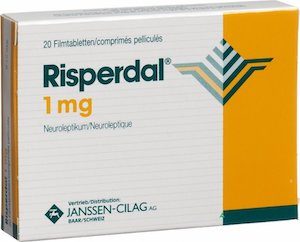 Hundreds of lawsuits have been filed against Johnson & Johnson and its Janssen unit alleging that Risperdal causes male breast tissue enlargement. The condition, known as gynecomastia, is so severe that some of the boys have required mastectomies (removal of the breasts).

According to researchers, Risperdal’s link to adolescent gynecomastia is higher than other antipsychotic drugs. Yet the recent complaint filed by the Kentucky attorney general alleges that “despite knowledge to the contrary,” J&J represented to doctors that Risperdal had a safety profile unmatched by any other antipsychotic drug.” It even directed salespeople to say that “Risperdal had a zero percent rate of diabetes in trials, contrary to its own study result.”

These types of misrepresentations allegedly resulted in a wide range of injuries affecting populations from young boys to elderly dementia patients. All too often, innocent consumers are left with severe physical and emotional injuries that take time and money to heal. Sometimes the injuries are permanent. Although state enforcement actions like the Kentucky attorney general’s recent lawsuit help hold drugmakers accountable for their actions, injured people like the boys who have been hurt by Risperdal often need to file their own lawsuits. Filing a pharmaceutical personal injury claim can help restore the injured to their previous quality of life or at least offer some improvement over their injured state.

Often such lawsuits are the only way to help pay for hospitalization expenses, pain medication, home health care, surgical costs, psychological counseling and other costs of coping with a potentially traumatic condition like gynecomastia during boyhood. Parents who lose time at work to help care for their sons’ injuries may also be eligible for compensation. In addition to obtaining needed compensation, people who sue also do so to bring attention to preventable Risperdal injuries.

Lawsuits may also provide an opportunity to award punitive damages against the drug’s maker and marketer. According to lawsuits, the company not only marketed the drug improperly and failed to warn about dangers, it also targeted doctors who treat troubled children. Such disturbing factors may lead some juries to find punitive damages appropriate in Risperdal cases. Actual results, however, vary by case.

Risperdal, also known by its generic name Risperidone, is an atypical antipsychotic that changes the effect of brain chemicals.

The U.S. Food and Drug Administration (FDA) first approved Risperdal in 1993 as an adult schizophrenia treatment. In 2003, the FDA approved it as a treatment for bipolar disorder in adults. In 2006, it was approved to treat irritability in children with autism. And in 2007, it was expanded once again to treat schizophrenia and bipolar in kids.

However, according to a former Johnson & Johnson sales manager, the company didn’t wait to obtain FDA approval before promoting its use for children. At a recent Risperdal trial in Pennsylvania, the manager claimed that Johnson & Johnson trained salespeople to promote Risperdal to children’s doctors as early 2003. The company issued this directive despite lacking approval for any use in children at the time. In addition, it is accused of paying doctors to speak favorably of the drug, sponsoring golf outings and offering other incentives encouraging physicians to prescribe Risperdal to children and adolescents.

Allegations of illegal marketing activities between 1993 and 2004 eventually landed Johnson & Johnson and Janssen in hot water with consumer protection regulators in 36 states. In August 2012, the companies reached an agreement with those states to settle the claims of misconduct for $181 million.

People Who Have Filed Risperdal Lawsuits

Young men and the families of boys who have been injured by Risperdal have already filed lawsuits. People like Andrew Bentley of Houston are representative of some of the claimants who are holding Johnson & Johnson and Janssen accountable for their injuries.

The drug giants have defended themselves by claiming that their product contains adequate warnings. However, plaintiffs argue that the company did not properly disclose the health risks for a drug because it wasn’t even allowed to market to youth prior to 2006. That’s what happened to Andrew, who was 17 when his case went to trial. He was prescribed Risperdal to help treat problems associated with Asperger’s Syndrome. At the time, Risperdal was not approved for use in children. Andrew developed breasts after taking Risperdal. The defendants claim that breast development is normal for boys going through puberty. But developing a condition that requires a boy to have a mastectomy is hardly normal.

When a growing number of consumers claim that a drug causes serious injuries, the manufacturer sometimes issues a voluntary recall. But despite increasing complaints linking Risperdal to gynecomastia and other injuries, Johnson & Johnson has not issued a total recall of the drug. The company has only issued limited recalls of Risperdal through its Janssen unit, for reasons unrelated to gynecomastia and other permanent injuries.

The offensive smell was believed to be caused by cross-contamination with the chemical preservative TBA (2,4,6 tribromoanisole). TBA was used to treat the wooden pallets used to ship the Risperdal. According to the FDA’s June 2011 notice about the recall, TBA is not toxic, but a small number of consumers experienced “temporary gastrointestinal symptoms.” At the time of the recall, patients were told that they could continue using Risperdal, but should return tablets to their pharmacists if they noticed a strange odor.

In September 2013, Janssen voluntarily recalled a lot of Risperdal Consta, a long-acting, injectable form of Risperdal that’s usually administered at clinics and doctors’ offices. After discovering mold during routine testing, Janssen recalled a lot shipped between January 14, 2013, and May 20, 2013 from wholesalers, distributors, healthcare providers and pharmacies. The company also issued a notice advising consumers to consult their doctors if they noticed irritation, infection or other problems at the injection site.

Johnson & Johnson saw these events as posing little risk to consumers. But for critics, the recalls raise serious concerns. Specifically, they worry that the manufacturer has not improved its oversight despite a number of manufacturing problems in recent years. Although the rise in Risperdal gynecomastia claims may not lead to an official recall, it will likely fuel growing concerns about the manufacturer’s commitment to consumer safety.

If you or a loved one was injured by Risperdal, contact us right away. We are available daily to answer your questions and offer other needed support. We can also suggest experienced Risperdal attorneys to explain the legal process and answer specific questions about any legal claim you may have. Contact a Risperdal lawyer for a free consultation and lawsuit information, call Gary Tucker and Associates right away.