Is Texas a safe place to drive? Unfortunately, there were no deathless days on Texas roadways in 2018. Was 2018 a safer year than 2017? Is it safer to travel by bicycle or motorcycle instead of motor vehicle? Most people don’t have a choice when it comes to driving. In reality, many people depend on motor vehicles to travel to work on a daily basis.

There was a decrease in the motor vehicle traffic death rate from the previous year in Texas. The 2018 death toll of 3,639 was a decrease of 2.36% from the 3,727 deaths recorded in 2017. There were 12,161 serious injury crashes in Texas in 2018 with 14,908 people sustaining a serious injury. Does this mean the roads are safer for people driving in Texas?

How safe are roads in Texas? 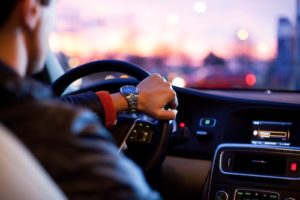 Is Texas safe for Motorcycle drivers? There were 418 motorcyclists (operators and passengers) killed in 2018. Forty nine percent (49%) of motorcyclists killed were not wearing helmets at the time of the crash. Provided that, we hope people who drive motorcycles will always consider wearing a helmet when on the road.

Is it safe for pedestrians walking on the roads in Texas? Pedestrian fatalities totaled 621 in 2018. This is a 0.98% increase from 2017. This increase may have something to do with people being distracted on cell phones but less people were killed from distracted drivers in 2018. In 2018, there were 398 people killed in crashes involving distracted driving. This is a 12% decrease from 2017. There were no fatalities caused by a bridge collapse in 2018.

What was the Deadliest Day in 2018 for Car Accidents?

Information contained in this article represents reportable data collected from Texas Peace Officer’s Crash Reports (CR-3) received and processed by the Department as of May 06, 2019.